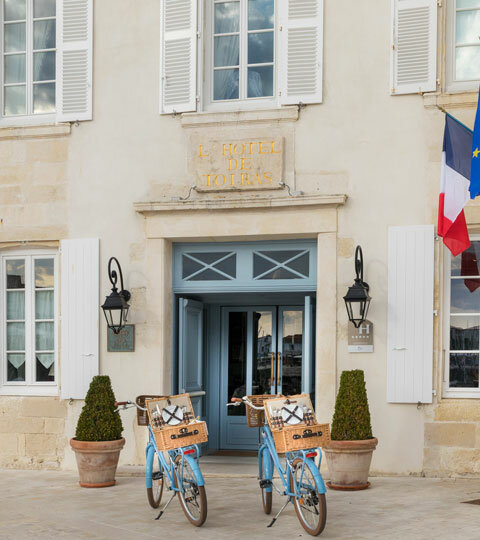 From April to October

Located at the entrance of the Saint-Martin-de-Ré port, the island’s historical capital, the Hôtel de Toiras combines the traditional charm of the Charentes region with luxury amenities, in order to offer the best experience of the Island of Ré to its guests.

Thanks to this exceptional location, the hotel is an integral part of the sea life in this port city, with a rich historical heritage. It’s also the ideal starting point to discover the island and its wonders.

Hidden behind the Hôtel de Toiras, is a little architectural gem, an ancient 17th century town house, entirely renovated and inaugurated in June 2011 under the name of Villa Clarisse.

Made up of numerous rooms and elegant suites, spread over the villa’s two floors, this dwelling with its authentic charm, nestled in a calm and relaxing garden, tells the island’s thrilling story throughout the centuries.

Located at the entrance of Saint-Martin-de-Ré’s old port, the Hôtel de Toiras is based in an ancient 17th century Ship-owner's House. A place filled with history, a historical past recreated thanks to a sophisticated décor, antique furniture and printed fabrics carefully selected from the most prestigious furniture stores.

Each bedroom and suite is soaked in a particular atmosphere, inspired by a public figure or an artist who has left their mark on history. 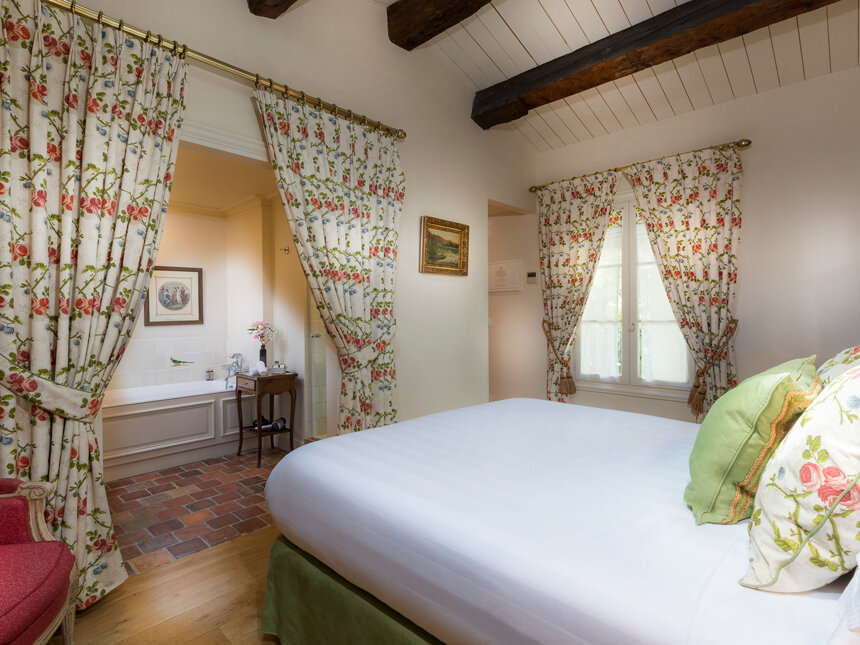 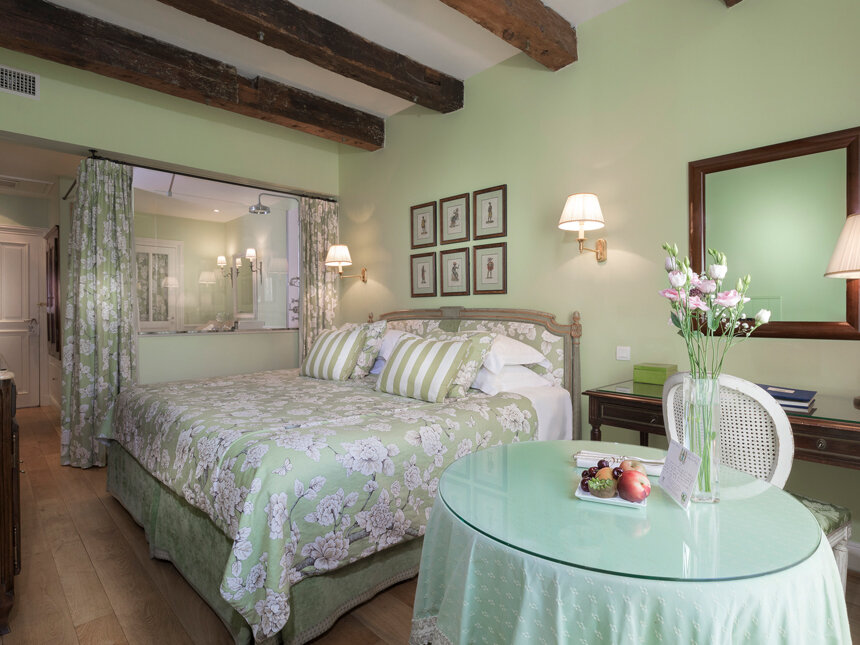 The restaurant at the Hôtel de Toiras is inspired by the products of the region and the terroir, a source of nearly infinite wealth when we’re on the Island of Ré. Surrounded by the Atlantic Ocean, the island is obviously well supplied with fish, seafood and shellfish that can be found throughout the year.

And don’t forget the infamous oysters, delicious when served with a little glass of white wine. The other treasure of Ré is obviously its salt. This “white gold”, like it’s called here, is part of the Island of Ré’s culinary, but also historical, heritage. 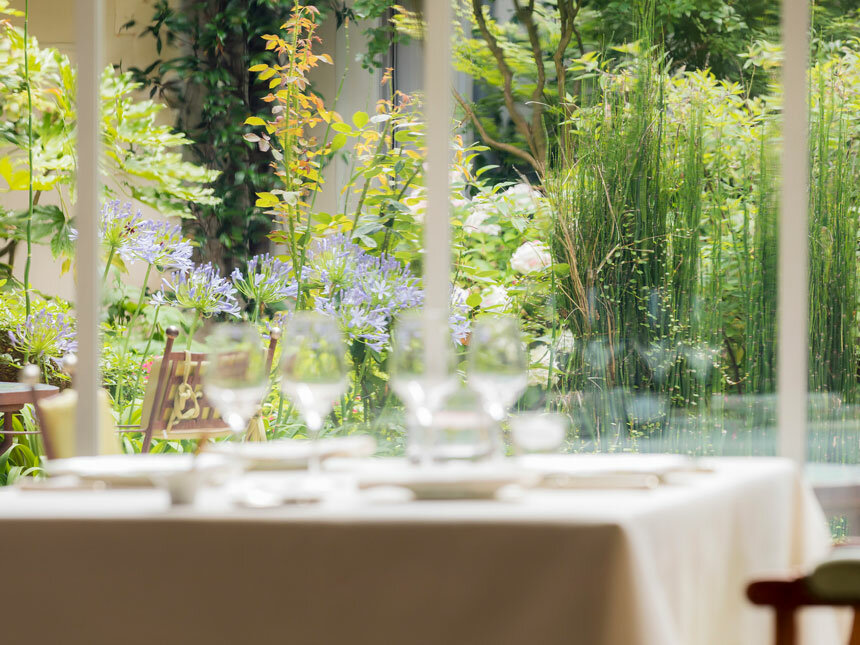 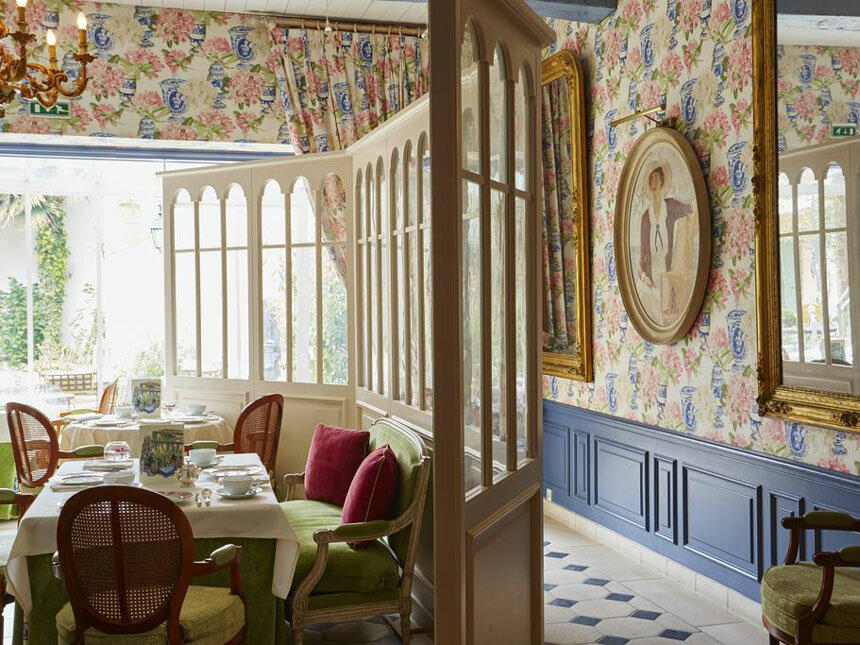 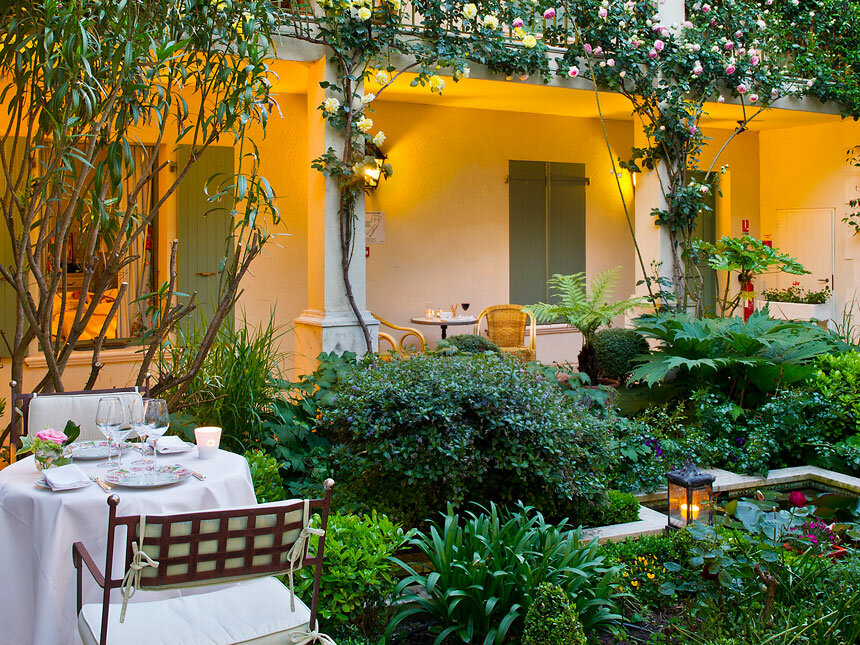 The Hôtel de Toiras and the Villa Clarisse are two locations fully dedicated to your well-being and to relaxation.

Apart from the relaxing setting that each of the establishment’s rooms and suites offers, the Villa Clarisse is also equipped with a heated outdoor swimming pool in the summer season, allowing you to enjoy an open-air swim, in water heated to 26°. 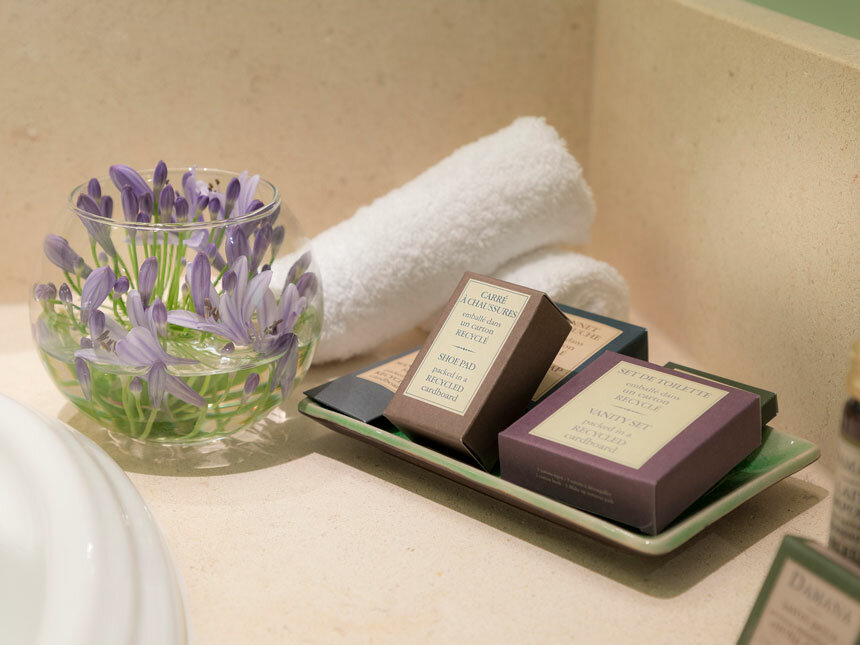 Discover the cultural and natural treasures of the Island of Ré, and there are a lot of them. Surrounded by the Atlantic Ocean and breathtaking landscapes. The best way to discover it is to use the local mode of transportation: a bike.

You can therefore cycle around and visit the traditional villages, like its capital, Saint-Martin-de-Ré and its picturesque port, or even la Flotte-en-Ré, one of the most beautiful villages in France. Climb the steps of the Phare des Baleines to gaze at the incredible panorama of the neighboring islands, before heading back down and visiting another staple of the region: the salt marshes of Ré. 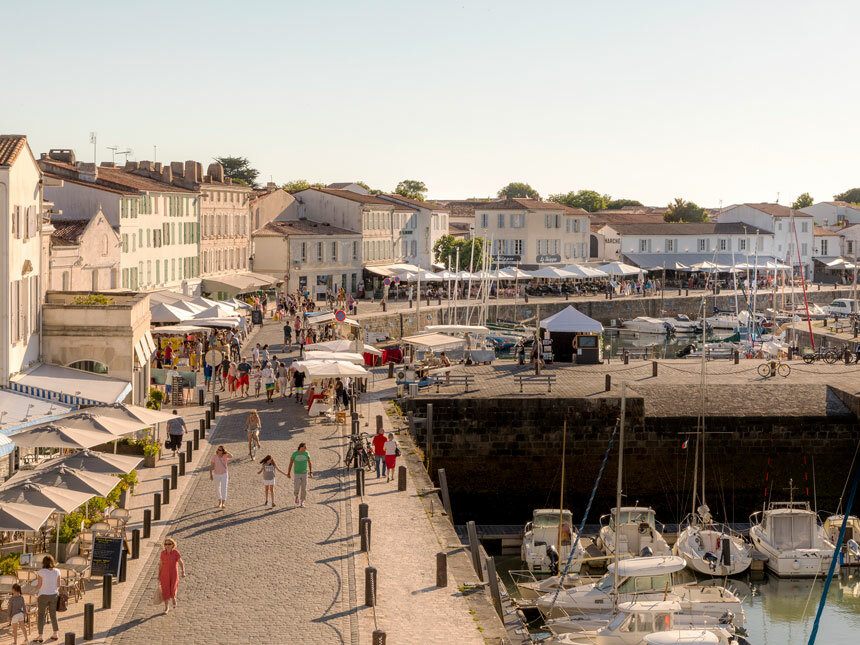 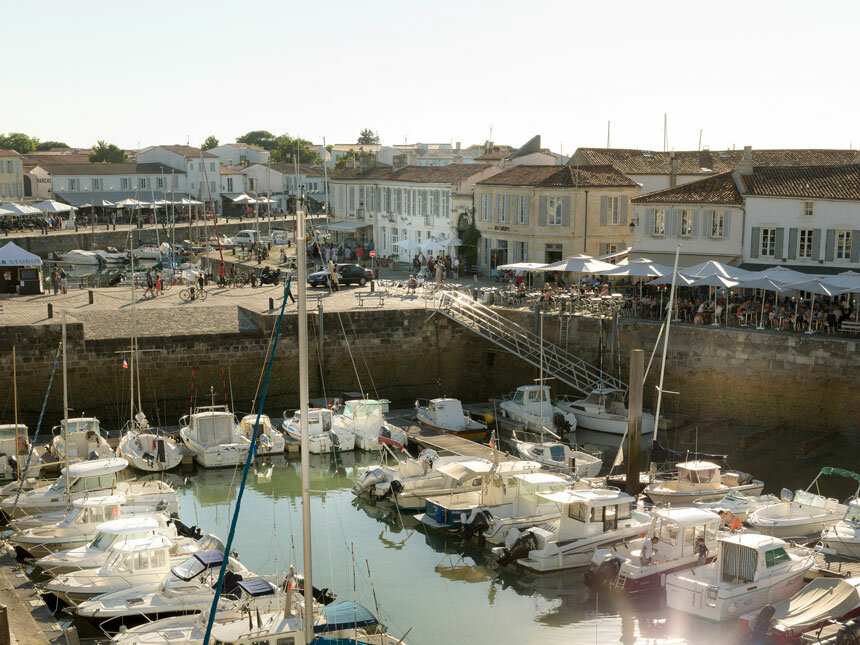 A family clientele is welcome at the Hôtel de Toiras, thanks to its numerous accommodation options for families who have come to discover the charm of the Island of Ré with children.

Spacious suites that can accommodate up to three people, private apartments with two bedrooms, or finally the option of numerous connecting rooms and suites, available on demand when booking. 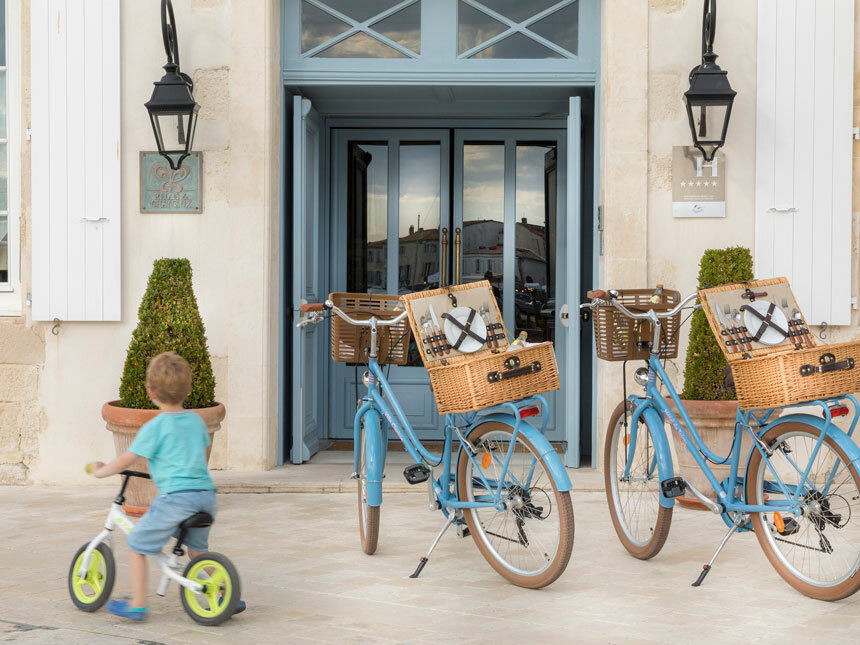 Let us plan your trip

Discover our exceptional addresses and live a real Travel Experience with Eluxfrance. Receive our selection of inspirations as well as our Exclusive Offers !
By entering your email address, you agree to receive our latest news and you are aware of our Privacy Policy.